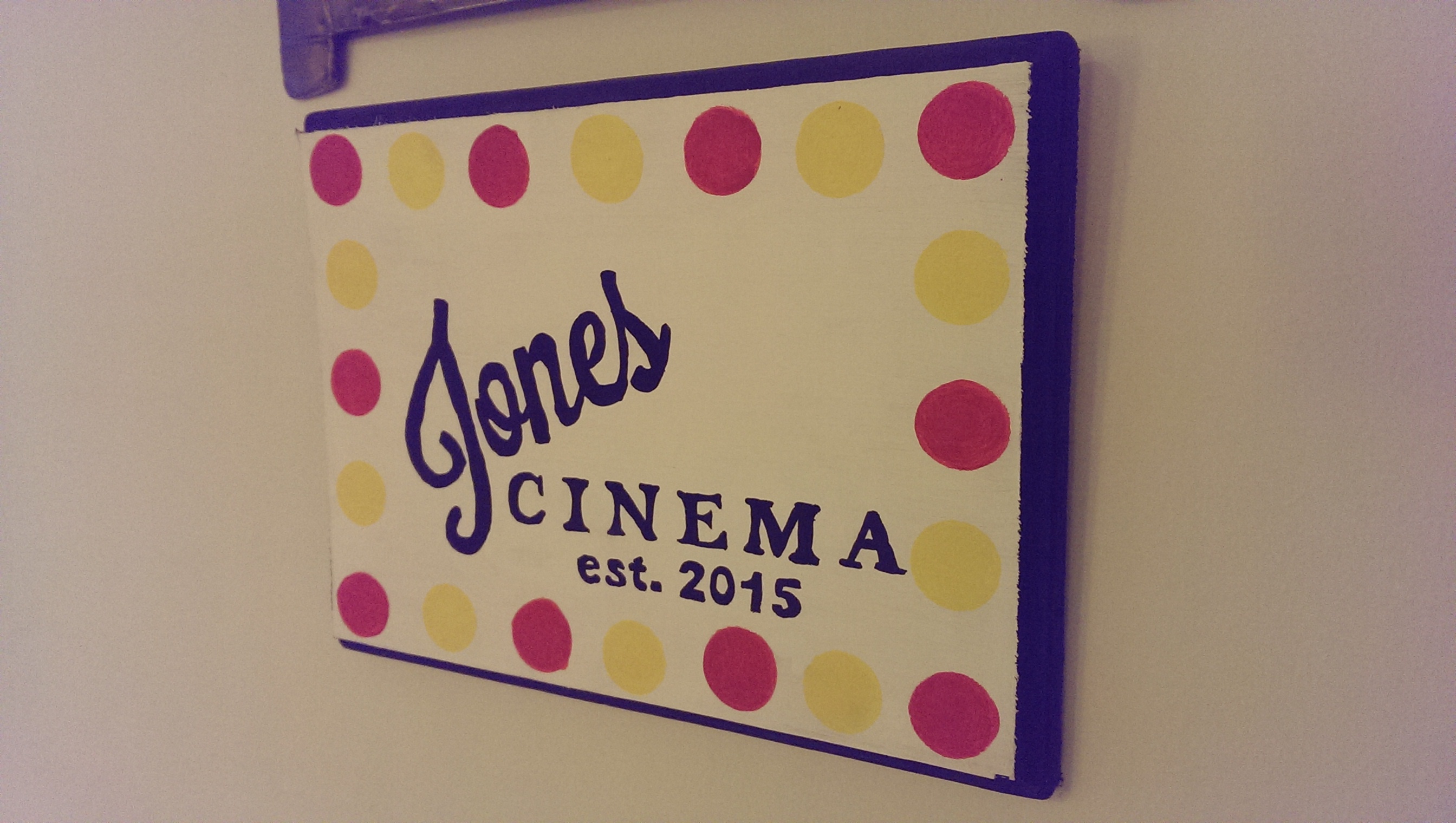 When we set out to create our home theater for two, we knew we wanted a cinematic experience without spending a Hollywood blockbuster budget.

Purists would say that we’re not building a “real” home theater, but my goal was to keep the number of components, and thus the cost and complexity, to a minimum, while still delivering a satisfying movie experience. This meant no high-powered 5.1 surround-sound audio, and hopefully no need for an audio/video receiver. Ultimately, my “must-have” checklist consisted of an audio-video source, a projector, and an audio system.

We decided to create our Theater for Two around the Epson Home Cinema 2000 projector. This model has received decent reviews for its modest price tag, and came recommended by my daughter’s boyfriend, who chose it for his own home cinema setup. While most projectors I looked at had an internal monaural speaker, they lacked an audio pass-through jack. Fortunately, the Epson has a 3.5mm stereo output jack to feed the powered speakers. (More on speakers in a later post.)

We had an available wall for a projection surface which had been freshly painted. Special screen paint can run from seventy to nearly three hundred dollars per gallon, so I decided to hold off on that expense until I could evaluate just using the plain wall as a screen. While I am sure that screen paint would provide additional brightness, we find the wall to be quite acceptable.

To check the “whiteness” of the wall for brightness and accurate color rendition, I followed the advice I had heard from another home theater builder… I taped a sheet of bright white printer paper to the wall, then projected various scenes onto it. Amazingly, the paper completely disappeared at a normal viewing distance! We may invest in a screen or screen paint later, but for now, our wall provides a very good high-definition viewing experience.